On Monday, a friend at work brought her new puppy into the library to show her off and I nearly died from cuteness overload.  We had this conversation:

J:  Do you want one?  There's a litter of them and they're looking for homes for them.
Me:  Chris would never let us have another dog.

But then I proceeded to send him 8000 texts in a row just to check and be sure that he was going to say no.

But then he showed up at my school for a meeting that afternoon and said, "So, where's this puppy?"

And one thing let to another and the bottom line for him was this...

There are a thousand reasons to say no.  But 2014 is our year of joy and getting this puppy would be a joyous thing for everyone in our house.

And so we started planning to surprise the kids.

I had to wait the WHOLE WEEK without saying anything.  It was excruciating. 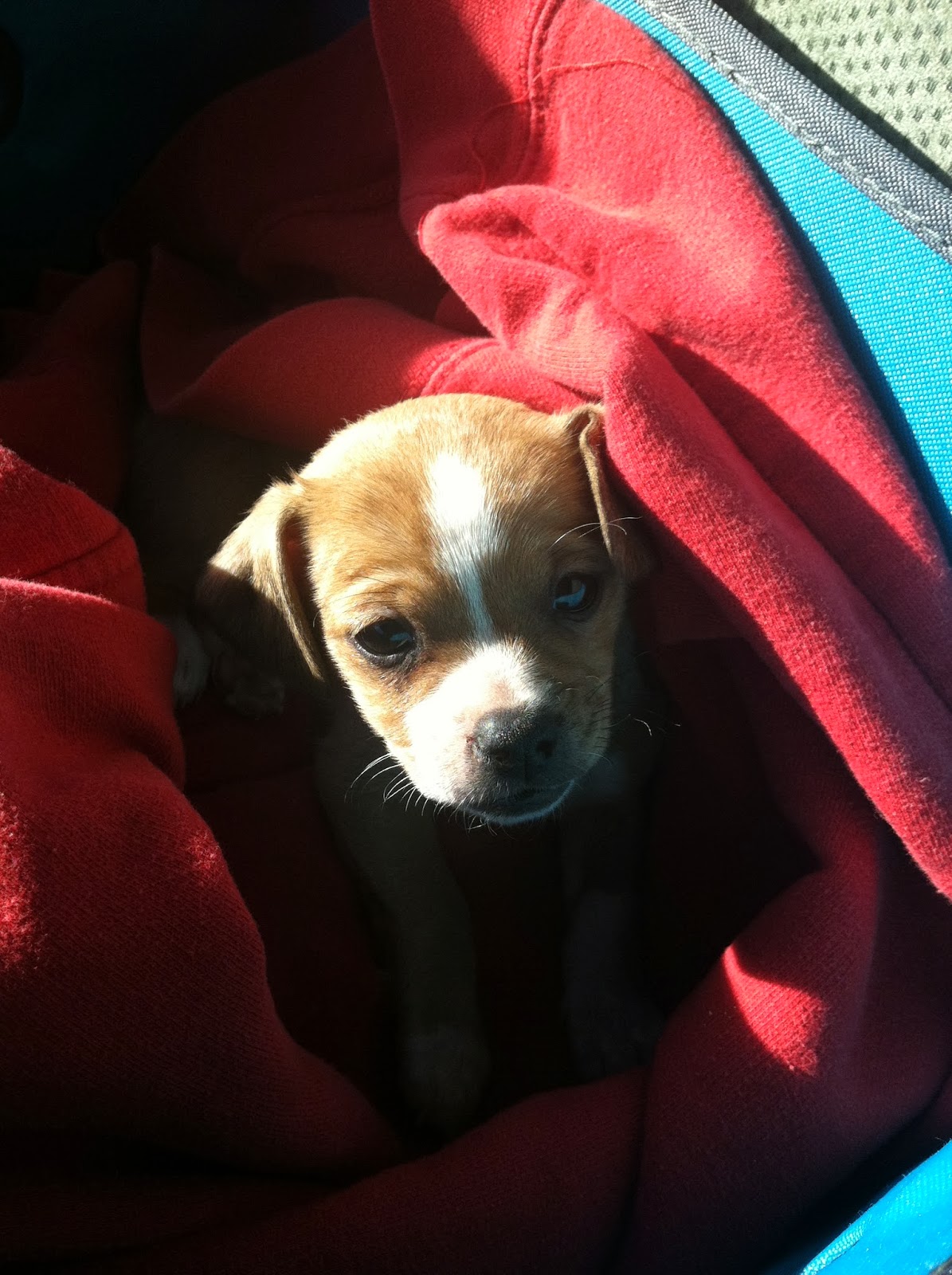 Her name means "joy of the father." She's super tiny - only 2.3lbs.  Her mom is a pekingese and her dad is a dachshund. 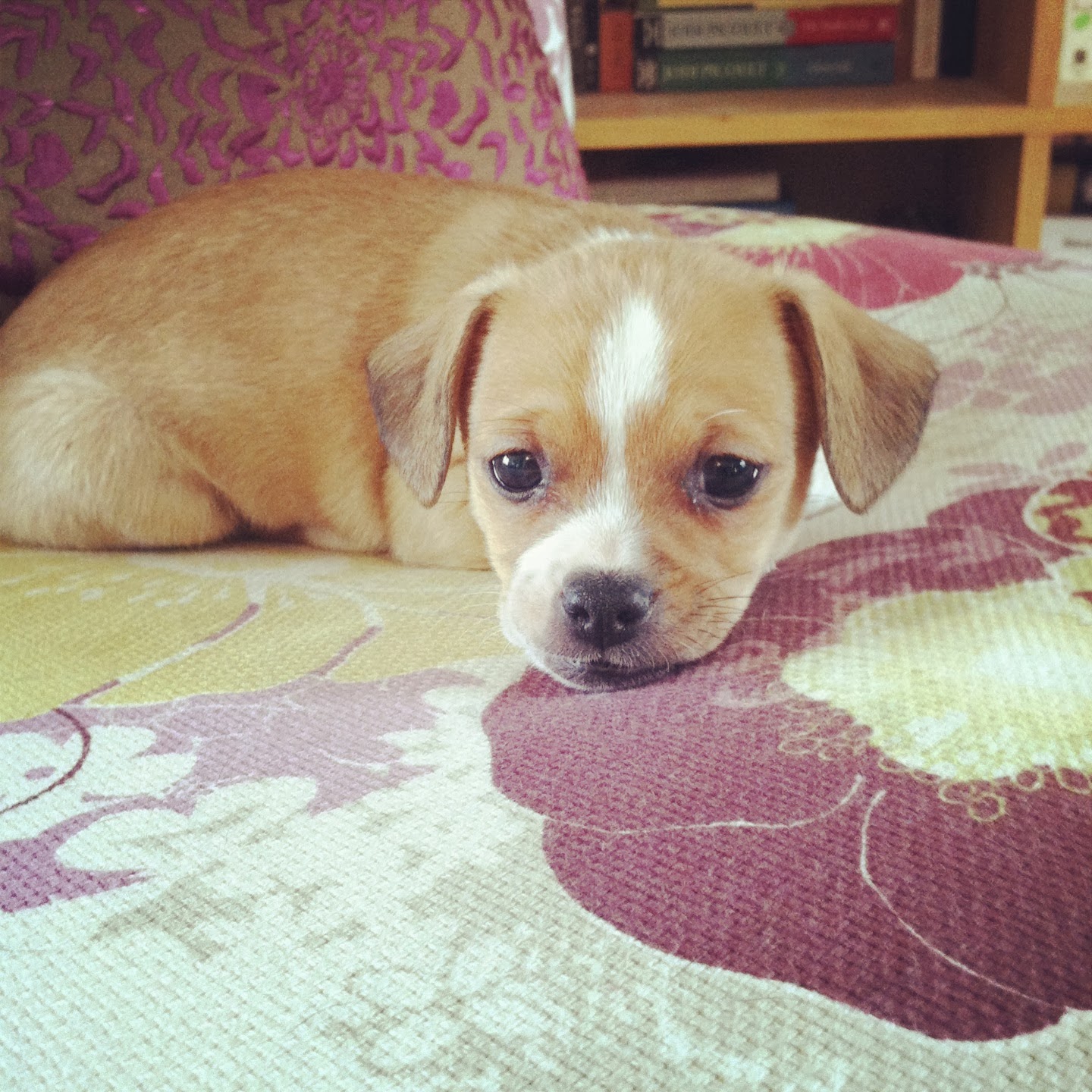 So do you think that makes her a pekiweenie?

Ike is actually completely smitten with her.  Last night they snuggled on the couch together.  He lets her climb into his food bowl (we don't, but he does...paws in and everything).  He plays with her and when she swats at him or bites his nose, he takes it like a man.  Who knew that Ike needed a baby? 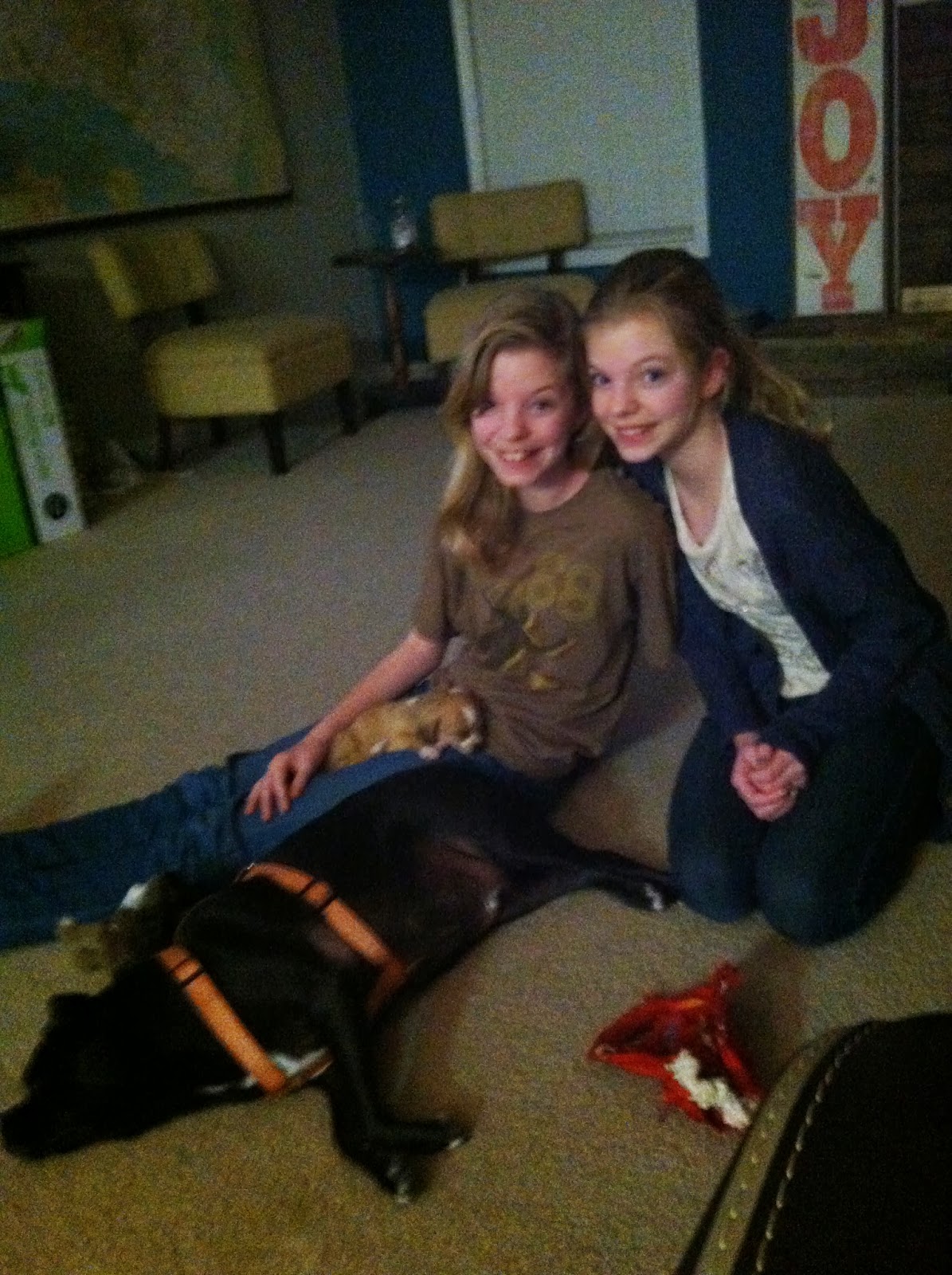 You would have thought that we had won the lottery with how excited the kids have been.  I agree, it is exciting.  Just maybe not quite that exciting.

So, there she is, the newest member of the Pendley family.  Abby the pekiweenie.
Posted by Angie P at 4:45 PM 207 comments: