Quinn has a hard time keeping his underwear on.  I think he feels that since he is potty trained that he should be able to strut around in the nude.  (I hope this isn't a glimpse into his college years.)  We are continuously telling him, "Put your unders on!  Cover your penis!"  But he really doesn't care.  And while he doesn't care, the girls are mortified on a daily basis.

Last week, he came down from playing in his room dressed like this... 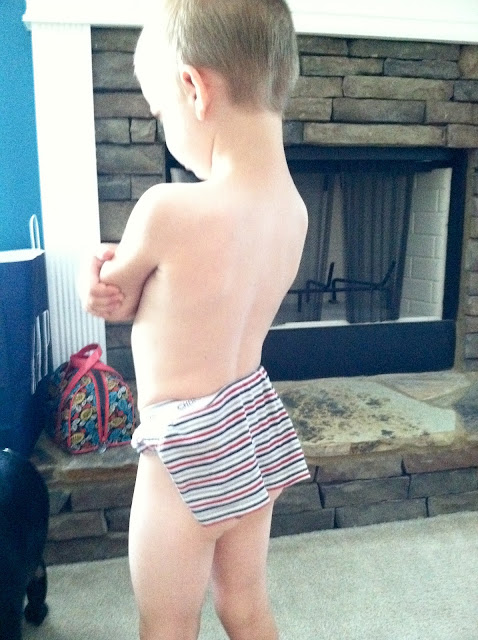 He proudly announced, "Look, Mama!  Two can walk in one!" He had both legs through one opening of his boxer briefs - which was then twisted around his waist so it was full frontal nude.  The other leg?  Yep, that's the flap over his hiney.

He was pretty impressed with himself.  He had his underwear on and his penis was not covered!

And then there was this... 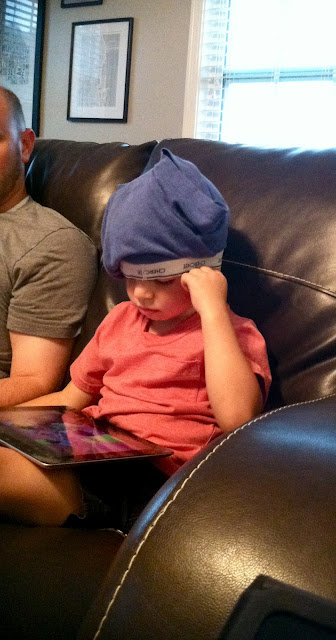 That is his actual pair of underwear.  He's comando under his shorts.  I guess he he just thought the underwear worked better on his head that day.