...just doesn't look like a baby anymore.  We picked up his glasses on Friday. 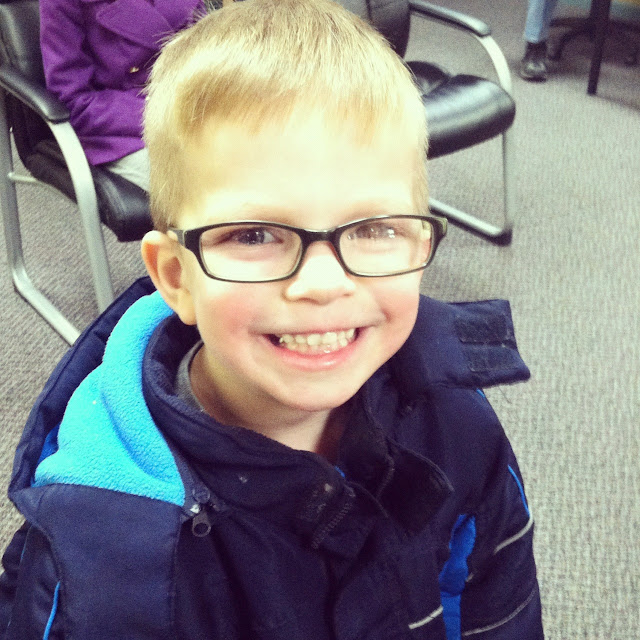 I was glad that I was holding his hand on the way out, because he almost fell four times.  When I asked him what was wrong, he said, "Mom.  Everything is just so big!" Poor boy.  It was just normal size - everything before was just that much smaller.  Ugh.

We let him pick where he wanted to eat his first meal as a boy in glasses.  He chose Waffle House.  Big surprise on that one. 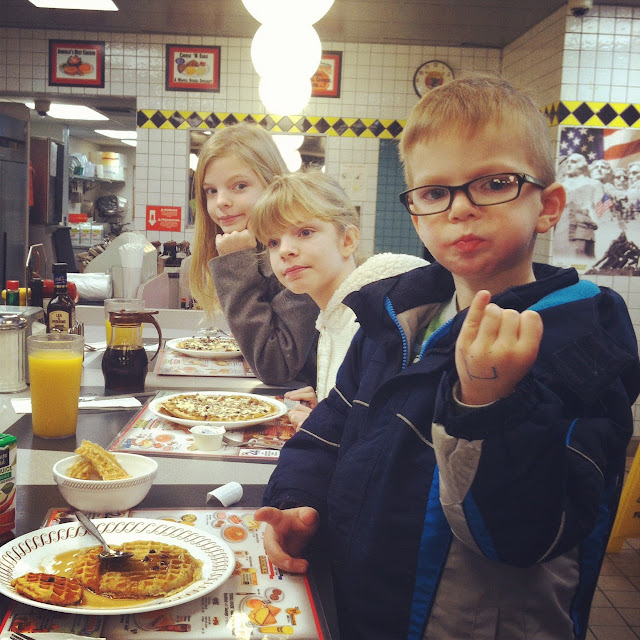 Saturday morning he wanted a haircut.  So that he would look even more handsome in his glasses. 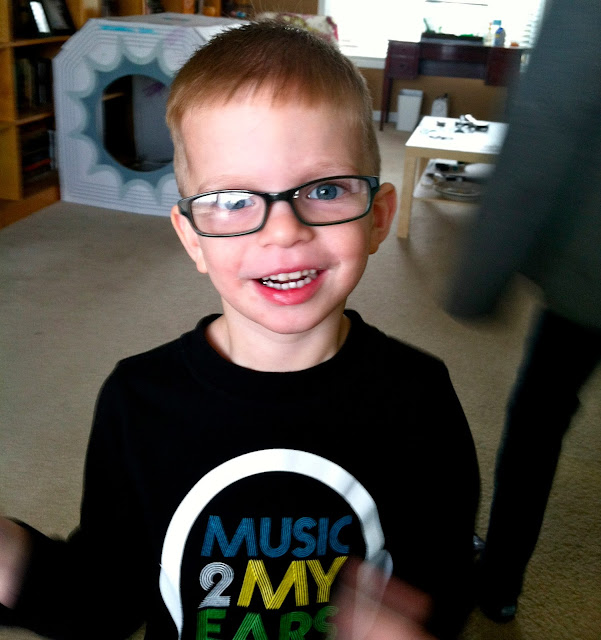 Such a big difference, right?  :)  He really is so very cute in his glasses.  If he thought I took too many pictures of him before...well, let's just say my pictures of him many have doubled.