10 years ago I was released from the hospital.  I had an emergency c-section four days earlier and had physically recovered enough to be sent home.

My daughters, on the other hand, weighed less than five lbs, were seven weeks early and could not eat without a feeding tube.  They had picc lines and heart monitors.  They were weighed before and after every feeding.  When I tried to breast feed them, their caloric output was more than the input - they exerted more energy than they were getting out of the feeding.  I then made the choice to just pump.  It hurt too much to see them lose weight after an hour's worth of nursing.

They had iron shots every other day and a plethora of medications for reflux (yet another issue with weight...what they took in, they often couldn't keep down). 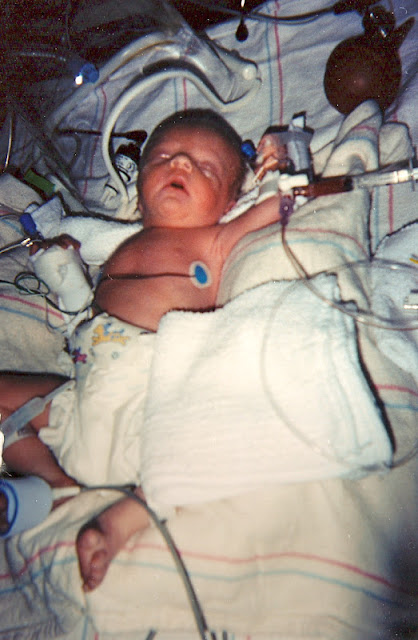 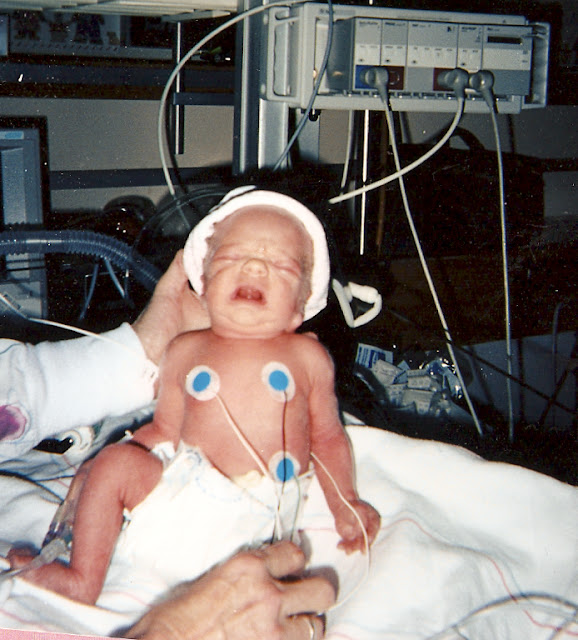 They stayed in the hospital for another 23 days.


I stood over their cribs that night...the night I went home without them...and sobbed.  I sobbed big tears, my shoulders shaking, gasping for breath.  I wouldn't be down the hall from them anymore and the hurt was unimaginable.

It's ten years  later and thinking about that still hurts.  Even though I know that everything worked out for the best, I still find myself wiping away the tears.

It was such a hard time...I was so young...they were so little...I wasn't in a very stable relationship...most days I felt like I was on a raft in the middle of the ocean.

It was just hard.

But it is ten years later and my life - and theirs - is so much better.  So much better than I ever thought that it could be.
Posted by Angie at 10:57 PM

Powerful, Angie. You know we blog so much about the present that it's special to hear about the things in life (even the struggles) that happened before we all got to "know" each other through blogging. It gives insight to what makes us the people we are today. Thanks for sharing this.

Beautifully moving, thanks for sharing.

I pray this will help others who have to go through this.

So thankful that the outcome worked out so well for you.

They were and still are 2 precious little miracles. They are growing up to be lovely young ladies. It's so amazing to witness and to have been there since the beginning.

Oh, ANG. Hugs. Many many hugs.

Gosh, I remember watching you guys through that time! You handled it all with the true grace and wisdom of a mother. One whom I looked up to then and still do today. I miss you guys!