So I have great hopes of making a summer list this week...  Kind of like this one, or maybe even this one.  Just something that we can see and check off and make plans for.  We all like something to check off, right? 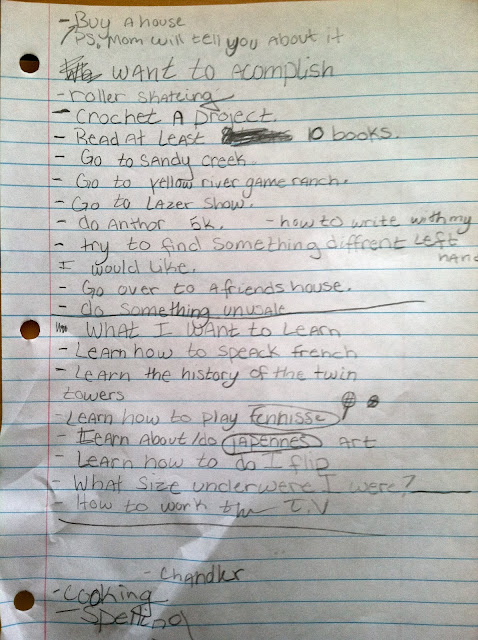 Oh, the spelling.  It makes me cringe.  Seriously.  I mean, I am not the best speller ever, but half the time Chan doesn't even get close enough for spell check to pick it up.  Chan's is the above list and I personally like the last two...  What size underwear I wear?  How to work the T.V. 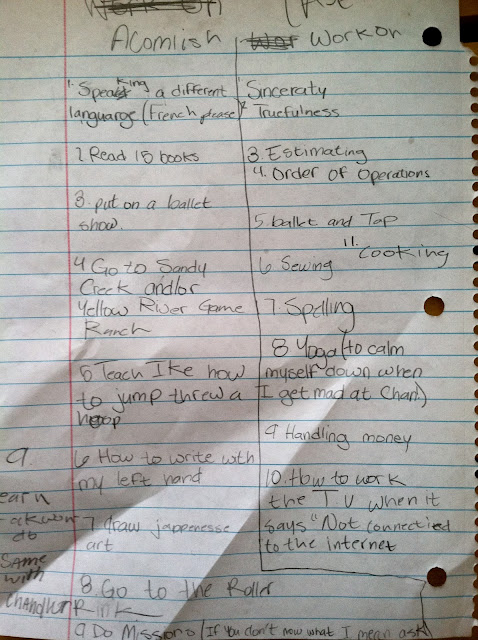 Casey wants to teach Ike to jump through a hoop.  Yes.  I think she will have great success with that one.

Since they both have Japanese Art on the list, my mom is taking care of that one and putting her mad art skills to work.  (My mom was an amazing artist in her former life.  She could have gone to the Art Institute in Chicago but my grandparents didn't want her to go there because there were nothing but hippies there.  Um, I hate to say it, but, I've seen the pictures, and mom looked kind of hippie herself.  Just sayin.)

Mom is also providing some beginning yoga dvds because clearly yoga is needed in this house.

Casey wants to work on sincerity and truthfulness.  We're, um, ahem, having some difficulties in these areas. 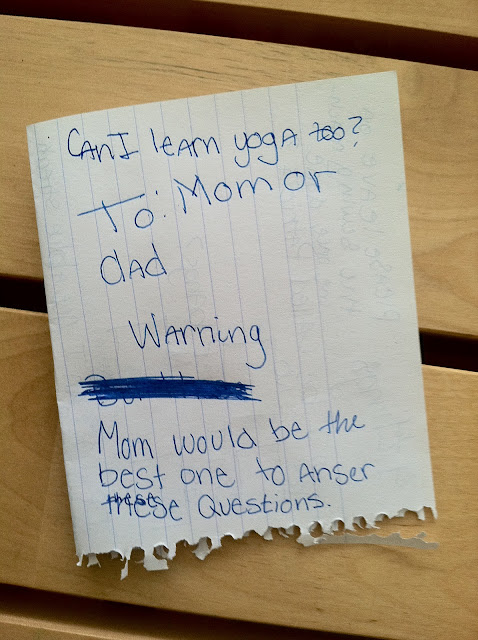 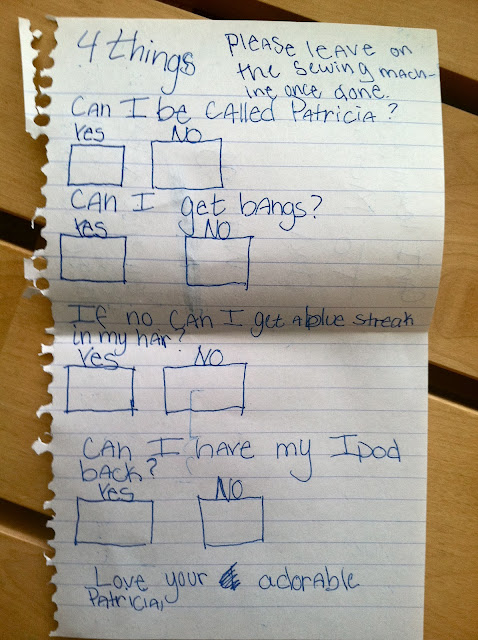 She wants to be called Patricia.  I think that would be a hard adjustment.  Bangs?  Errrr...  It's already hard enough getting out of the house on time, can you imagine if she had bed bangs to deal with too???  Blue streak?  Yes.  Ipod?  No.
Posted by Angie at 9:01 AM

Ooh this made me laugh so loud!! adorable.

The lists and note are sooo funny! To be in the 4th grade again...