I love you, Weekend.

Chris and I started the weekend off right...with a lunch out at Heirloom.  Love, love, love this place.  I had this... 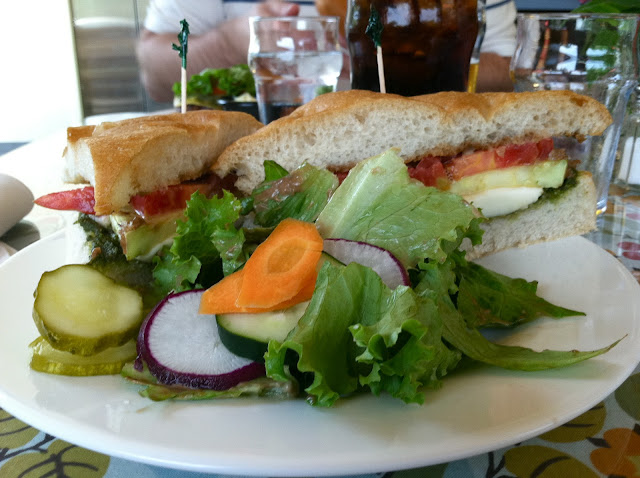 ...the Mediterranean Sandwich.  I would go vegetarian if I could eat one of these everyday.  Just sayin.

Saturday was a day of cleaning.  And a day when I wanted to kill my children.  Not really, but kind of.  But that might be a separate post.  Oh.  The preteendom that is going on in my house.  Ugh.  Let me just say that I found a bowl of potato chips in their bathroom.  Potato chips.  In.the.bathroom.

Sunday...we headed out to mom's.  My brother Matt and his cute girlfriend Chalise were in town from Texas (yay!) and we planned two days out at the pool.

The girls did many cupid shuffles and wobbles... 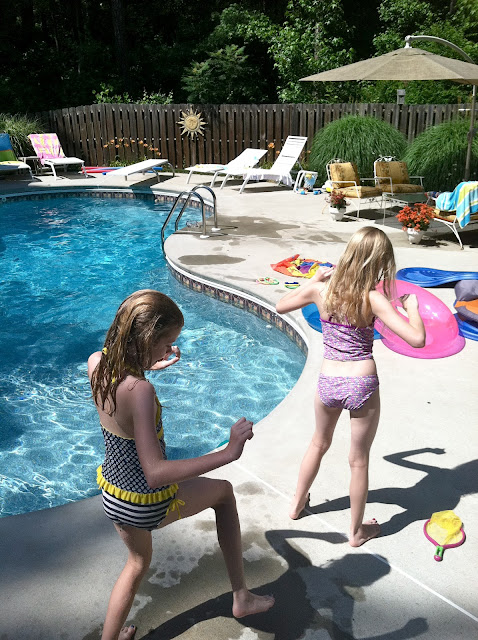 And then we ate {my favorite thing to do at my mom's}...  They grilled ribs and well, that would mean eating MEAT off a BONE and I just don't do that, so I had a big ole' plate of sides.  My mother makes superior sides. 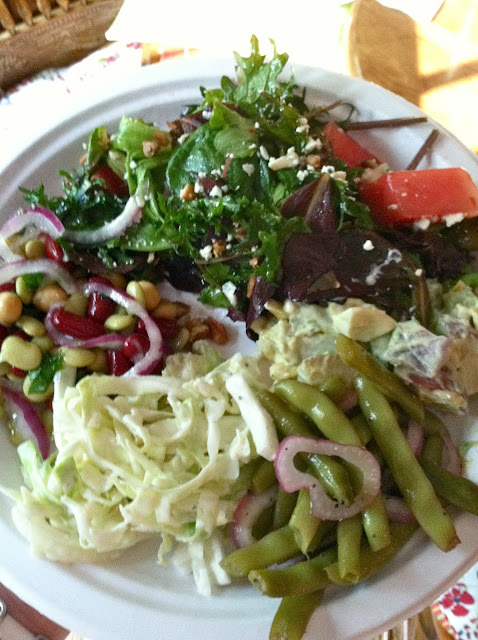 Monday?  More pool time!  The kids got in around 10am and out around, um, 6pm.  Seriously. 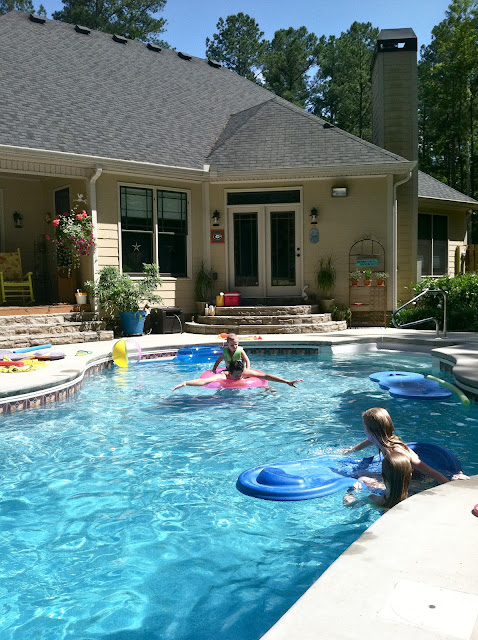 There was a heated game of Marco Polo in which Matt and Quinn played as a team. 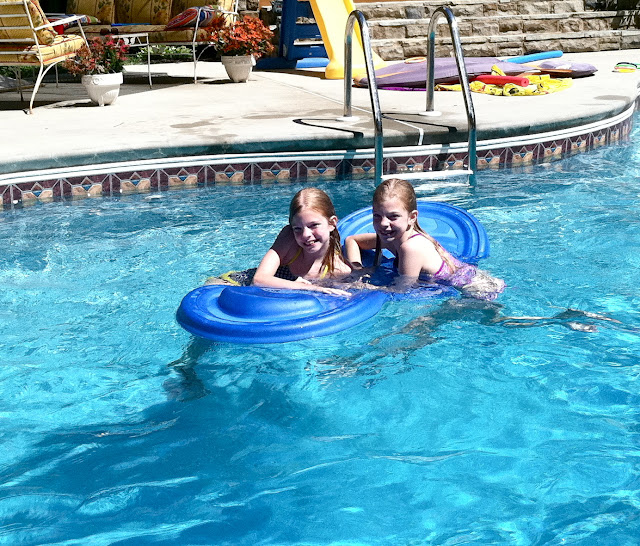 The girls stopped in the middle of the game to pose for me. 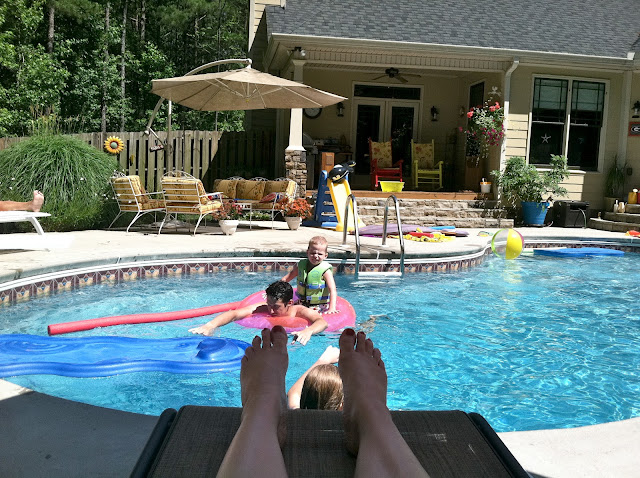 This was my view.  The boys were quickly closing in on them... 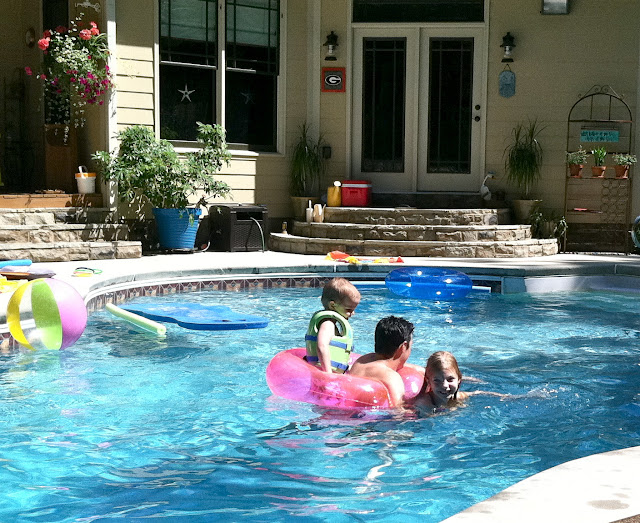 ...and then they captured Chan. 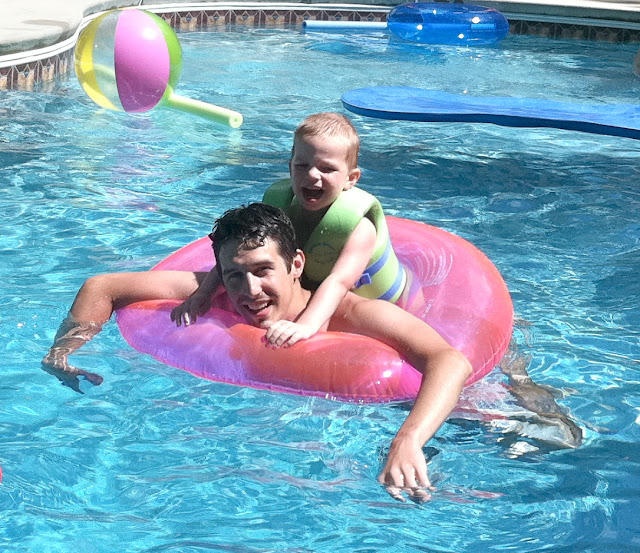 Quinn decided that sharing an inner-tube with Uncle Matt was the way to go. 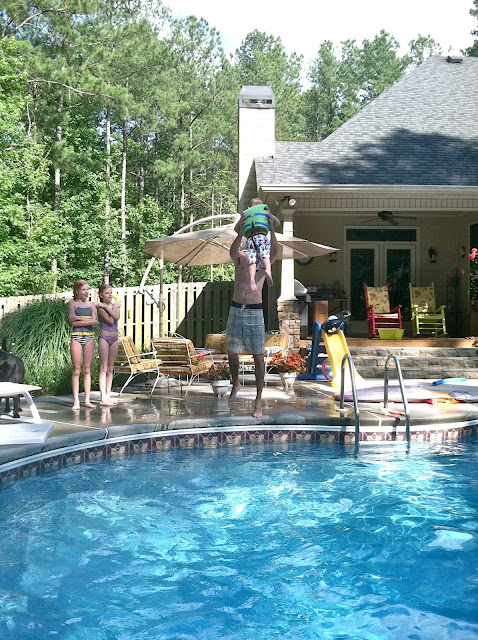 Or that being thrown in the pool by Uncle Matt was the way to go.  Seriously.  He couldn't get enough of it.  And the girls?  Yeah.  They were waiting in line to be thrown in too.  :) 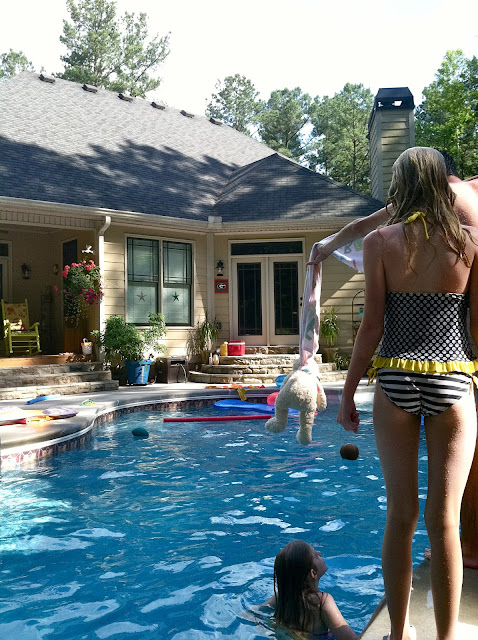 And then things took a turn and Uncle Matt threatened to dip Softie (Casey's precious teddy bear) into the pool.  There was screaming involved.

Then there were some naps (not Quinn, though)...and some pizza and left over salads...and then we headed home...

And Quinn did this for about 30 minutes... 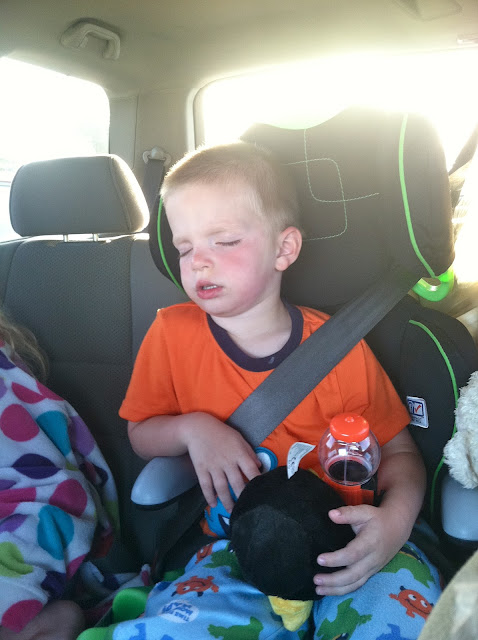 I want to live at your parents house.

Pool days are the best! I love how sunkissed and tired I feel afterwards. Hopefully the kids slept well that night.