I left before everyone was ready for school this morning, so Chris had to take the pictures....

There was this cute one... 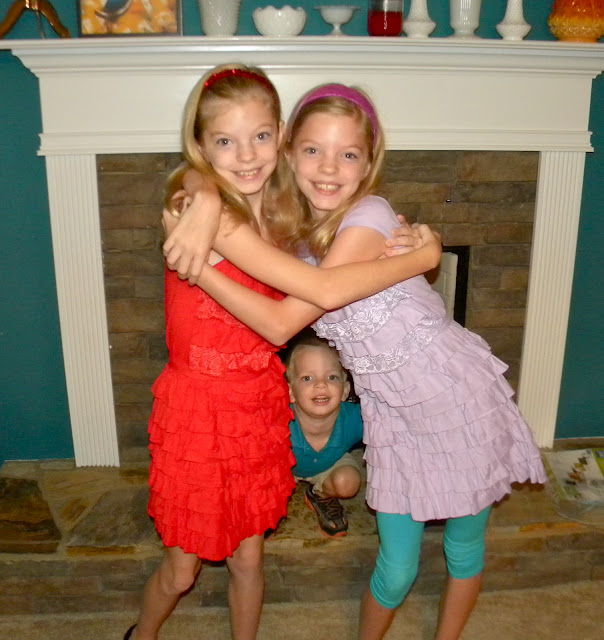 When they got to school, Chris realized that he hadn't taken any pictures of them with the backpacks on (something I always do) so he did that on their way in the building... 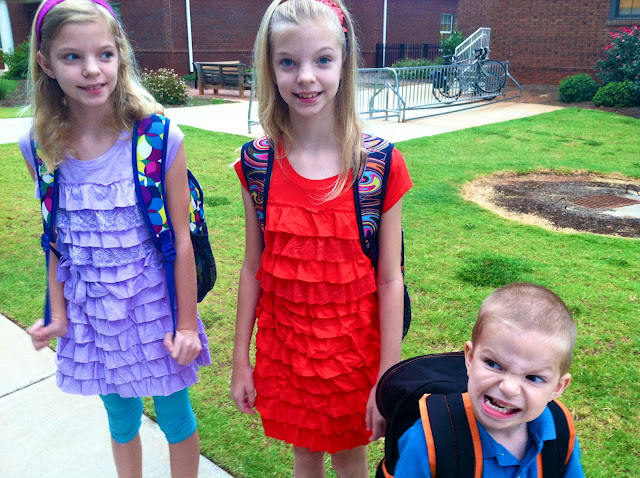 And apparently, he had the attitude to match (or at least he did by the time I got there to pick them up).

I asked the three of them to wait while I filled out some after school program paperwork.  He said no.

The principal told him to sit.

He said no and then sat on the floor the middle of the lobby kicking his feet.

Then he bolted out the front door and I had to chase him to bring him back in.

Then once it was time to leave, he took off again...and tried to run from the principal when he squatted down to talk to him.

He moaned almost the whole way home and would not talk about his day.  At all.

Awh!! Hopefully day 2 will be better! The girls look so lovely in their ruffles:)

I am so glad my 4 year old is not the only one who isn't 100% thrilled by the entire "have to behave at pre-k!" thing. LOL His first day picture wasn't quite THAT fierce, but it was close...

what lovely little girls. would love to lift up their dresses