Over the weekend Quinn was invited to a birthday party...at the fire station.  Do the fire stations by you do this???  This is the only station that I've ever heard of that does Birthday parties and it apparently is tradition...Chris remembers going to a party there as a child.

Quinn was really excited about it  - the party, his friends AND the fire station.

The party started in the kitchen area of the firehouse and the kids got chief hats and extinguishers to play with.  There were also balloons on the floor and, well, I think we all know how much my boy loves (loves, loves) balloons! 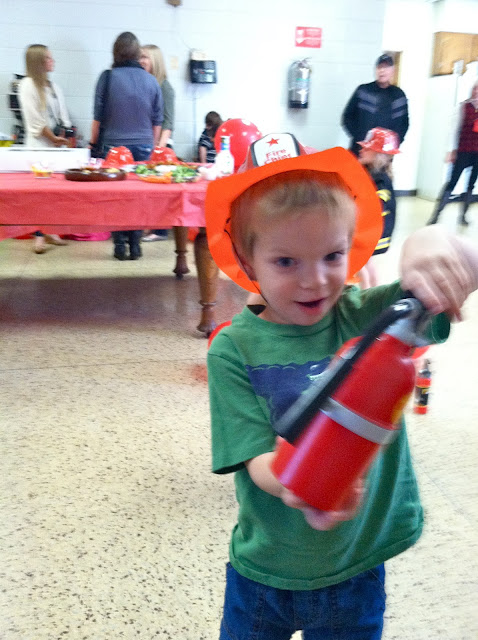 The firemen came back and took everyone on a tour of the station.  At the beginning of the tour, the fireman told the group of children that if the alarm went off they would have to hurry to the wall because the men and the trucks would have to leave right away.  The group of children all stood, staring and silent...except for my son, who replied, "Um, excuse me, if we can't hurry fast enough, we could just go on the trucks with you."

And then they gave the kids a turn inside the truck... 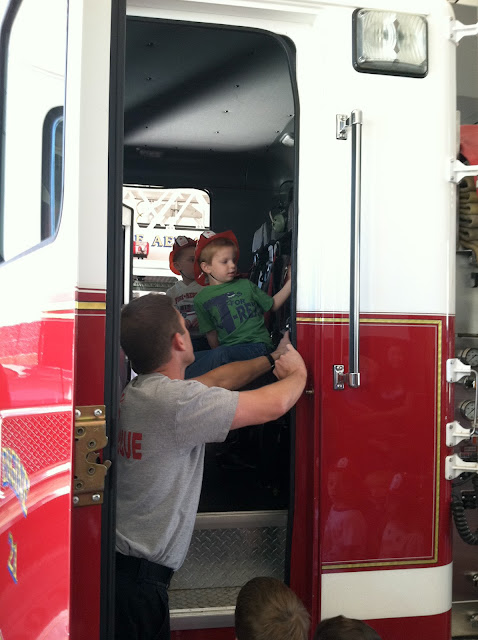 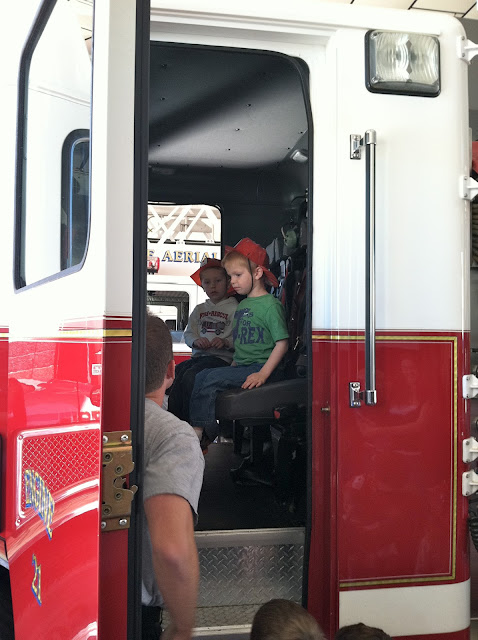 This is where Quinn tried talking them into letting him go up front... 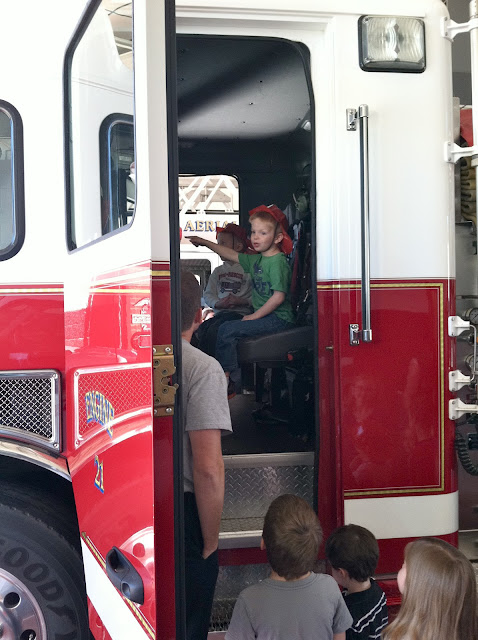 This is when the fireman asked Quinn if he was going to be a fireman when he grew up.  To that he replied, "Oh I am!  I am going to be everyfink when I grow up!" 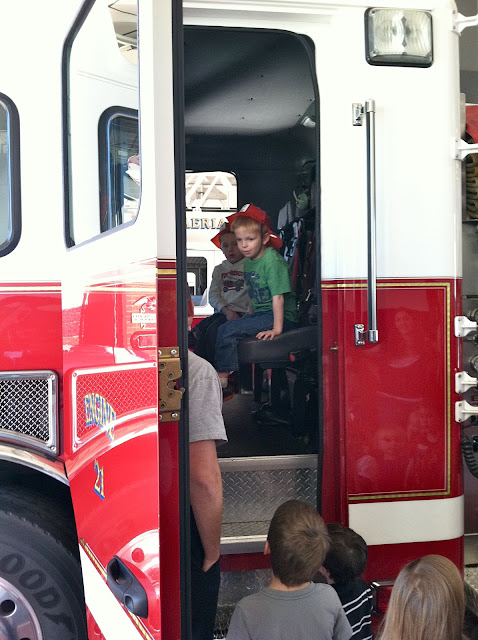 Following that we walked around the station and checked out the trucks. 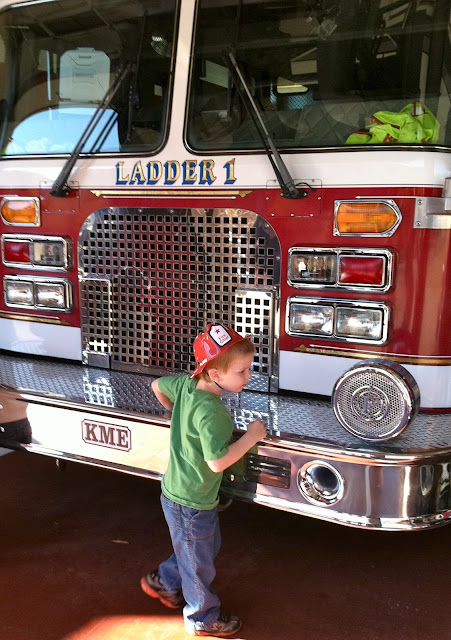 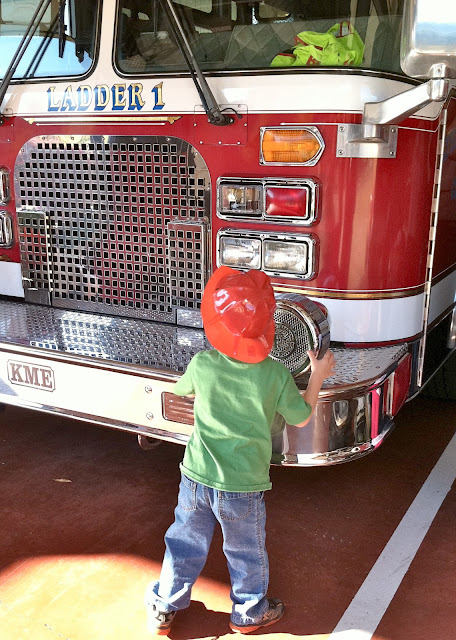 There was a little posing for pictures.  Funny how he smiles and looks all cute when other mothers are taking the pictures... 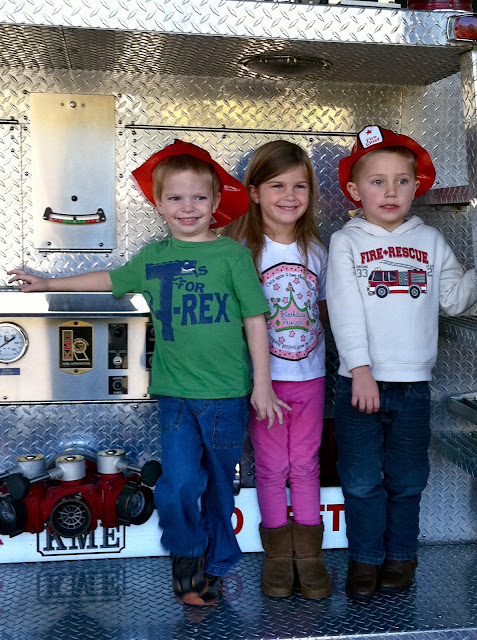 The fireman then put on all of his uniform, including the mask and helmet.  The other children all gathered around him while mine danced on the back of the truck.  You know, all in the name of party time. 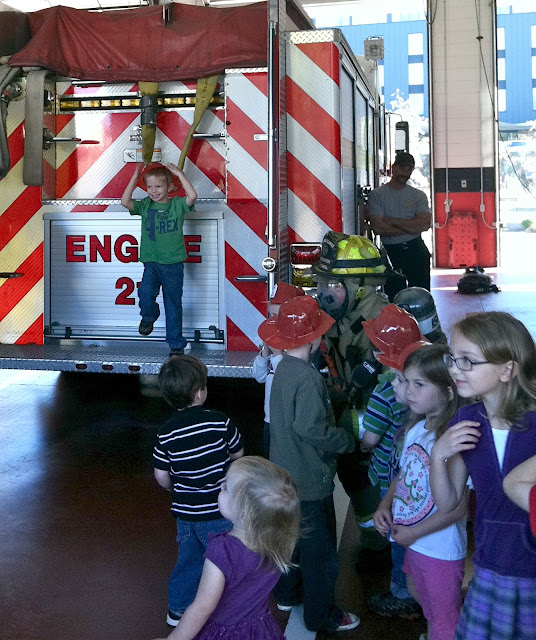 We then got to see the rest of the station (the kids were in awe of the sleeping room - so many beds!) and headed back to the kitchen for cake.  Only Quinn decided that he would rather be in the TV room sitting in recliners alongside the firemen watching the football game.  We missed singing to the birthday boy because I was coaxing my 4 year old out of the Lazy Boy.

All in all, though, not a bad way to spend the afternoon.  If you live in the Athens area, we were at Station One on College Ave and the guys were really great - something a little different for a party and the kids definitely enjoyed it.
Posted by Angie at 3:30 AM

I love that Quinn stands out in a crowd. I'm telling you, that kid should be in commercials.

I had to check out the birthday party blog! I can't express how much I love the "dancing on the back of the truck" picture! Made my day! So glad you guys were there!

thanks for sharing. However want to statement on few common issues, The
website taste is great, the articles is in point of fact excellent.

Thank you very much for this valuable contribution and informative.
70-462 Exam Dumps