A Night of Monopoly

We played Monopoly for the first time with the girls last night. 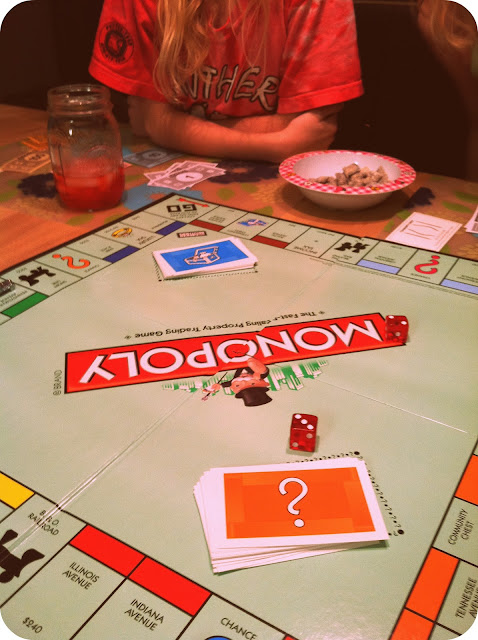 It was actually a pretty bang up night for them.  Monopoly.  Muddy Buddy Chex Mix.  A Shirley Temple for Casey and Root Beer for Chan.  We played for over 3 hours.  And they were hilarious!  I one point Chan said to me, "Blow it up, Moneymaker."  and then held her hand out for a fist bump.

She is starting to be so "tweeny" and I love it!

Casey was all sorts of priss about her properties and her houses.  She always cut me a discount when I landed on them though.  She's good to her mother like that.  At one point, while discussing how she narrowly escaped a $950 rent on one of Chris's properties, she said, "Whew!  I was about to sweat my pants!"

I have no idea what that means.

We declared a draw.  After 3 hours of playing and no clear cut winner, a draw was the best way to go.

What was Quinn doing during the Monopoly-o-rama?  Pretty much this. 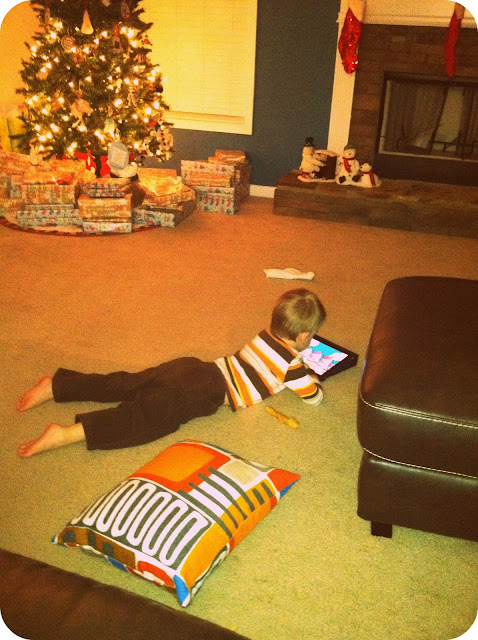 For years I have been reading articles about "Digital Natives" and wondering who those digital natives are.  The girls certainly weren't.  The kids at the schools that I have taught in weren't either.  I was seriously starting to think that I was never going to fully understand this term.  And then Q came along and now I get it.  He's 3 and knows his way around the phone and ipad better than I do.  Because he's a native and I am just a foreigner in a foreign land.

I feel okay about this though because I know how to play monopoly and he doesn't.
Posted by Angie at 8:50 AM

haha, when my parents first got a computer, i was 4 and i somehow figured out the ins and outs of windows before they did. what is it about little kids and their ability to navigate technological gadgets?! pretty sure i wouldn't know my way around a new computer today if i tried...

I think it is because they have no fear of breaking anything...they think it is all fixable...which it is...for a price, of course! :)

You crack me up.

(I'm catching up on my reading, can you tell?)

My all time favorite game. I never lose. And I'm serious when I say that. :)

The girls certainly weren't. The kids at the schools that I have taught in weren't either. I was seriously starting to think that I was never going to fully understand this term. 500-490 dumps