So my dad and stepmom headed back up north Thursday morning.  Chan had dress rehearsal for recital Thursday afternoon, Casey had her's Friday morning, then they both had finale rehearsal Friday night.

They always have recital at the auditorium at Brenau in Gainesville (a women's college).  It is kind of an amazing thing for me because it also where all of my dance recitals as a child took place. This is Chandler.  By Friday night, that child was driving me crazy.  She is the Queen of "Can We...?"  It does not matter what we have recently done or what we are presently doing or what the near future plans are, 90% of what she has to say begins with, "Can we...?"  Drives.Me.Crazy. 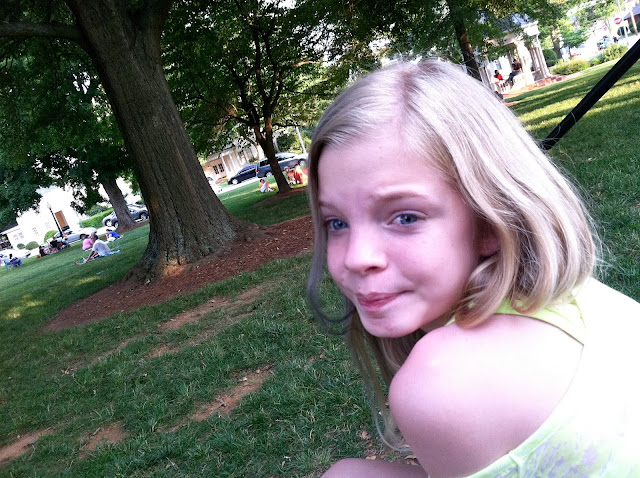 Recitals are always stressful for me mainly for just one reason.  I hate doing hair and make up.  I am terrible at it myself, so you can imagine the issues that I have with doing it on my children.  I have no idea what I am doing and I am also so afraid that they will show up and be told that it's wrong, or someone will say something to them about it looking bad or what not.  If ever I feel inadequate as a mother, um, that would be it.  And we have to do hair and make up for pictures, dress rehearsals and recital.  One would think that practice makes perfect and I would start to feel a little more comfortable with it, but that just isn't the case.

My mom and stepdad arrived Saturday morning and we all headed off together for Chandler's recital. 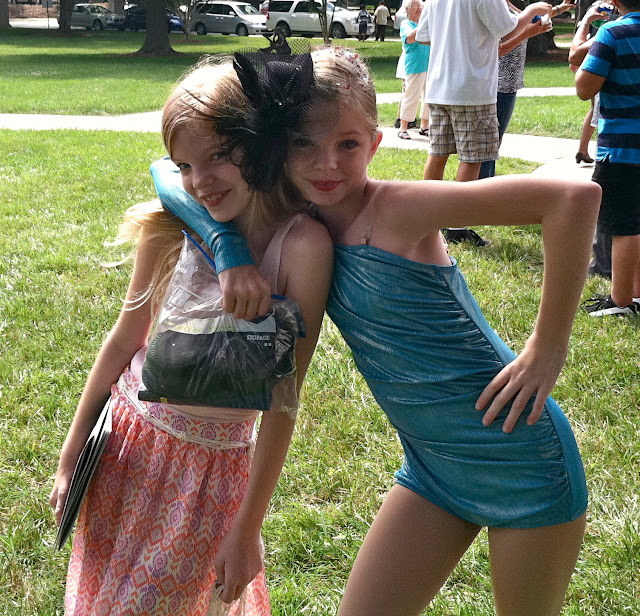 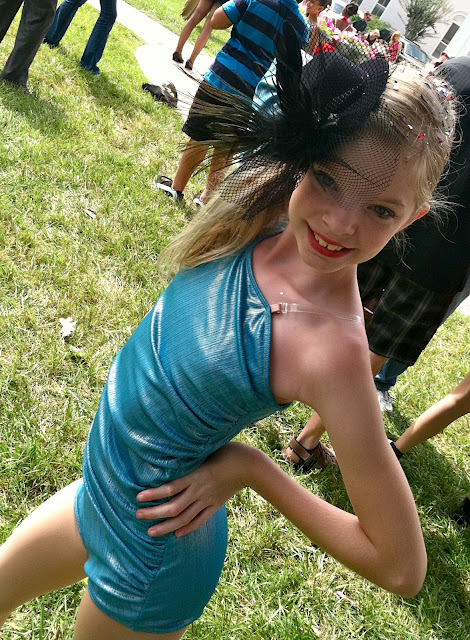 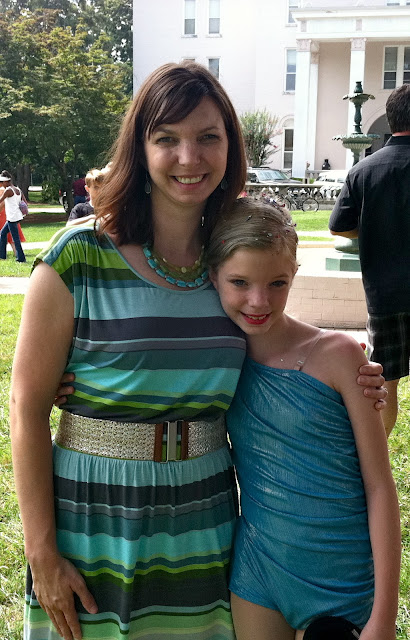 Chan was awesome!  She has in a jazz class and her recital piece was to RuPaul's Supermodel.  She was definitely workin it on the stage.  :)  Following the recital, we went out for dinner and then home to watch Ghostbusters.  The girls had never seen it before and well, it seemed like a good movie night.

Sunday was Casey's recital and we woke up to a complete and total downpour.  I hate bad weather on important days.  We have great pictures from Chan's day and almost nothing from Casey's.

Oh, look!  It's another picture of Chandler!  :)  This is what she did to pass the time while waiting for Casey's show to start....crochet. 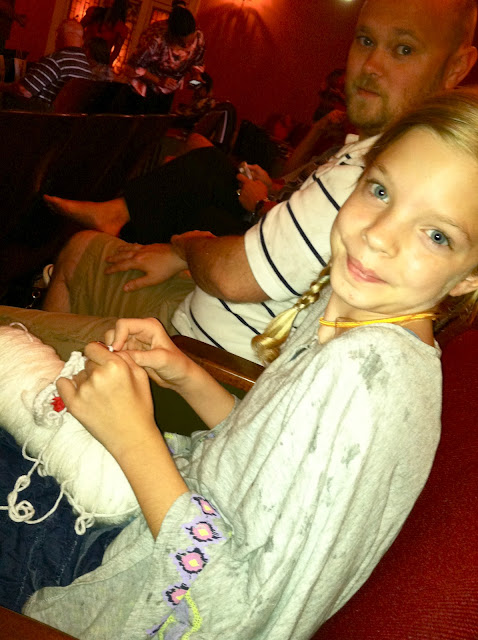 And here they are after the show.  During the finale, they shoot glitter on the dancers.  It is a fun thing, the kids love it and usually it amounts to a few pieces here and there.  I watched Casey scoop up piles of glitter from the floor during the finale and cover her head in it.  She had more than anyone else in the show.  My bathroom floor last night was proof of that.

Casey danced in a ballet number to William Tell Overture.  Or, the William Tell Adventure as she often called it.  She also had a fantastically cute tap number to My Boyfriend's Back (a remix version). 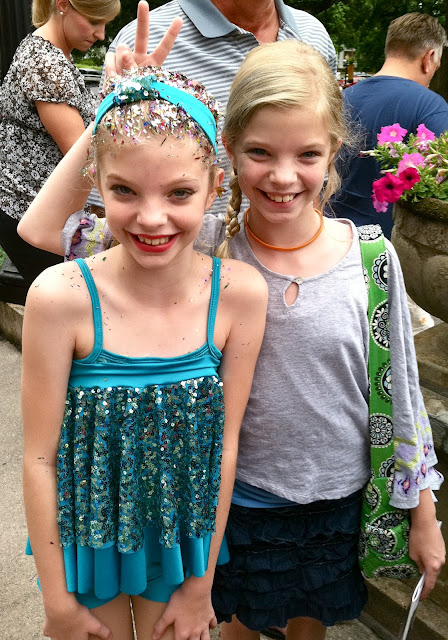 I was really so proud of both of them.  They are so confident on the stage and love it!

Last night I breathed a sigh of relief.  Summer can now start.  We have been so busy preparing for my dad's visit and recital and now I am so glad to be done with both of those things.  We actually sat down last night and started talking about summer camps....something I couldn't even wrap my head around until after recital.

This morning...um, yeah, I woke up with a massive migraine, which landed me back in the bed until almost one this afternoon.

I think it was my body's way of celebrating the beginning of summer for us.  By making me stay in bed.
Posted by Angie at 2:07 PM

I have similar issues with make-up. I am supposed to put it on my irish dancers as well for competition, and I can not for the life of me, do it well. Eyeliner is always wonky, lipstick...? At least you have a really good color for your girls. They look adorable!

OMG, they are gorgeous.

This is why you need to live next to me. I majored in theatre briefly in college and I took a semester of MAKEUP FOR THE STAGE. I got an A. An A! I can't put make up on myself, but I can paint you up like a drag queen real good.

Also, when it rains on important days, I make everyone dress back up when the sun is out. I am not joking. Please refer to our Easter photos 2011. So not taken on Easter.