Sometimes you just have to cut it off

A week or so after I started running, I woke up with a pain so ridiculously sharp under my right shoulder blade.  It felt like someone had tried to separate the blade from my body in the middle of night with no luck.  It was awful.  Absolutely awful.  It stuck around for a few days and then eased away.

I figured that I slept on it funny.  Or, you know, now that I am in my mid-thirties sometimes things just ache.

I went about my business and kind of forgot about it.

And then I remembered.

As I was getting dressed for a run, I tugged a certain sports bra over my head and it all came back to me in a flash.  Just like how it happens in the movies.  A flash of light and I was instantly transported back to one brief moment in time...

On the day of the shoulder injury, I wore that exact same sports bra.  And I had to become a contortionist to get out of it.  No really.  And I am not a contortionist.  But the dang bra was so tight, the elastic had absolutely zero give to it and I.had.to.get it.off.  So I yanked it over my shoulder blade in an injury sustaining way.

Naturally, as soon as I tugged it back over my head, I realized my fatal mistake.

Before I stepped on the treadmill, I announced my run to Chris.

And then I announced that following my run he would be cutting me out of my sports bra.  As a means of survival, not as some raunchy play on my part.

No, I am not kidding.  Problem solved.  I avoided a repeat shoulder injury and made sure that I never put that blasted sports bra on again. 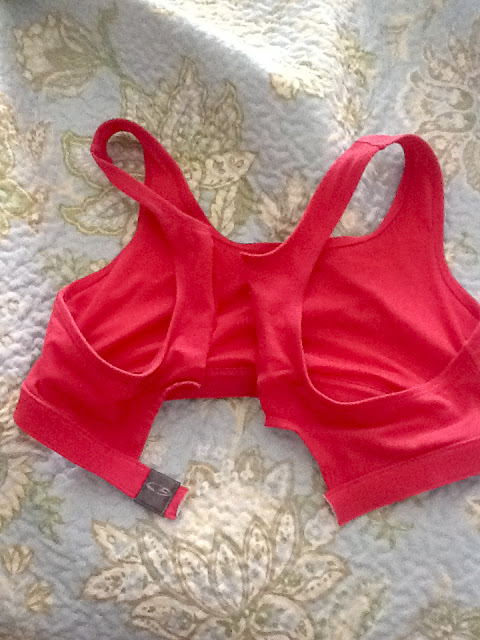 I love this. Sounds like something that would totally happen to me. Good for you for running though!