So, you remember how crabby I was  yesterday morning?  And I felt overwhelmed and frustrated?

Well then I had to drive up to the post office and when I passed by Crowe's Lake there were a billion people (ok, maybe not quite a billion, our little town doesn't have anywhere near a billion people) and tons of bouncy things and tents of fun set up for the annual Turtle Trek.

I decided that I should just scrap everything that was on the agenda for the day and we should take the kids to this and blow everything else off.

Just so you know, this did not involve real turtles.  You adopt rubber ducky type turtles - you get the number that is written on the bottom of your turtle, then all the turtles are dumped out of a dumpster into the lake and "race" across (people in canoes push the turtles along).  10,000 of them.  (I'm not exaggerating about that part.)  It costs $5 to adopt a rubber turtle.  If your turtle wins, you get $2500.  Its a fund raiser for a children's organization.

So we went and I thought it was going to be awesome and that Q would have the time of his life.

It was a bust.  He is not an event kind of guy.

Here he is exiting the enormous bouncy obstacle course and slide.  It was "too hot" and "not fun," according to the three year old.  And then we went to a big giant bubble blower, which was fun...until he took off for the woods.  That part wasn't fun.  Note, he is wearing a leash backpack.  For a reason.  Only he thought that he could handle running in the bubbles.  He couldn't and we learned our lesson. 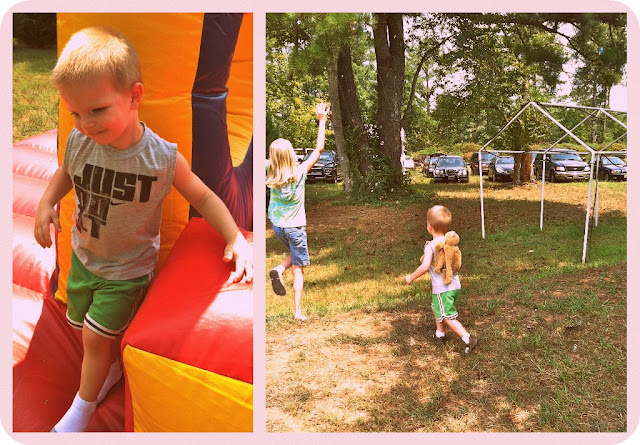 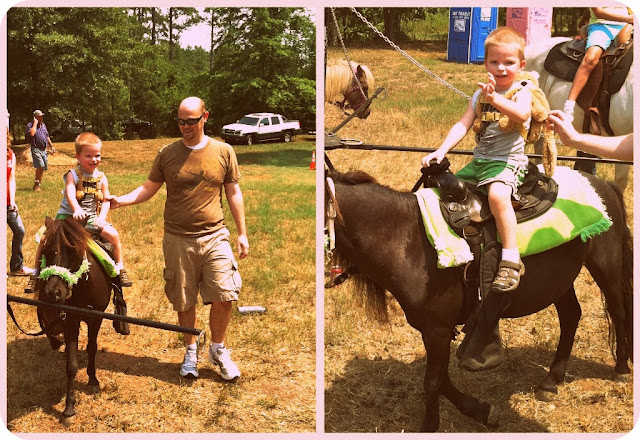 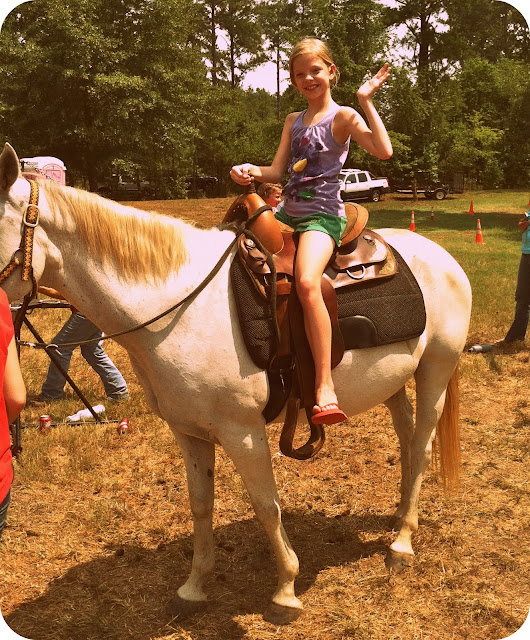 Casey was actually on a horse, not a pony.  She said she felt like a real cowgirl.

And then there was this rock star... 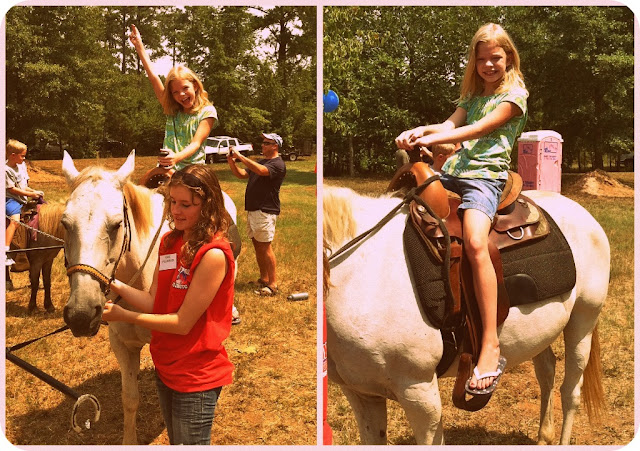 Then the girls wanted to drive the police golf cart.  They actually had goggles that made you see like you were a drunk driver, but the girls didn't need those on.  They drove like drunk drivers without them.  I wish I would have taken more pictures of this because it really could have been a blog post all by itself.  A few times I thought they might flip the cart.  There were cones set up and they successfully ran over all of them.  After witnessing this, I am thinking that they are NEVER getting their driver's license.  If you had seen them, you would be thanking me for this decision.

Here's Chandler getting ready to take off.  I don't know why I didn't take any of Casey.  I think I was too stunned by the whole experience to document it properly.

And then Quinn had a melt down and we went home.

At least he didn't take off all nakey. That would have been worse. I would love to have seen the golf cart experience. Too funny.