Today is our 5 year anniversary.  Which is kind of strange.  Like, "huh, where did those five years go?" Although some days, its more like, "Five years?  That's it???  Are you kidding me???"  Those are the days when we haven't had a lot of sleep.  Like most days. 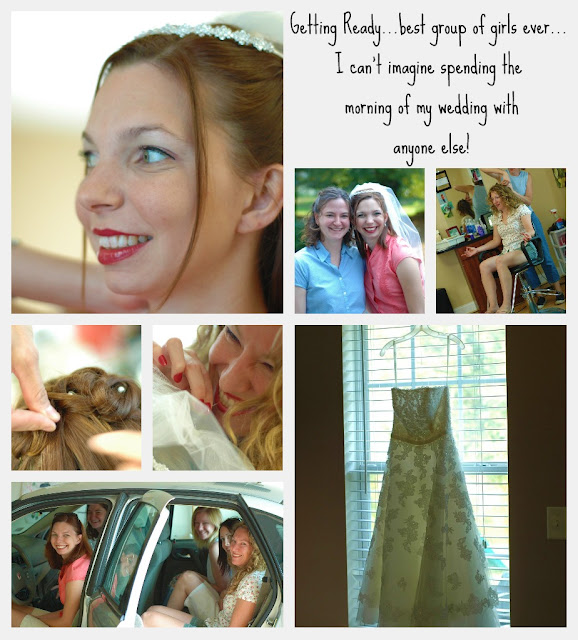 No joke, I think I started calling people at 7am the morning of the wedding.  Just to let them know that I was getting married.  Like my mom didn't already know that it was wedding day.  I was just THAT excited.  And the girls that I spent the morning with?  They were THAT excited right along with me.  (Including Frankie the photographer, who I can't imagine having anyone but her there for all that stuff.  :)) 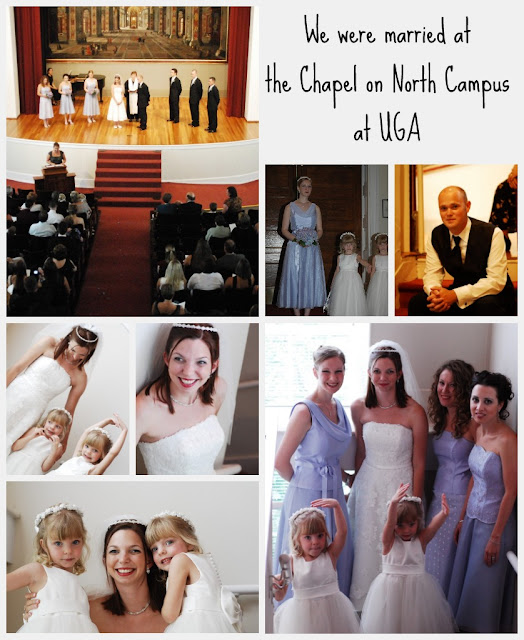 The girls cracked me up.  Seriously.  They had poses for every picture.  They really thought that it was their wedding.  Which it was, of course.  :)  Look closely in the picture of them with Molly in the upper right hand corner...they were actually directing people down the aisle.  In case we missed our cue. 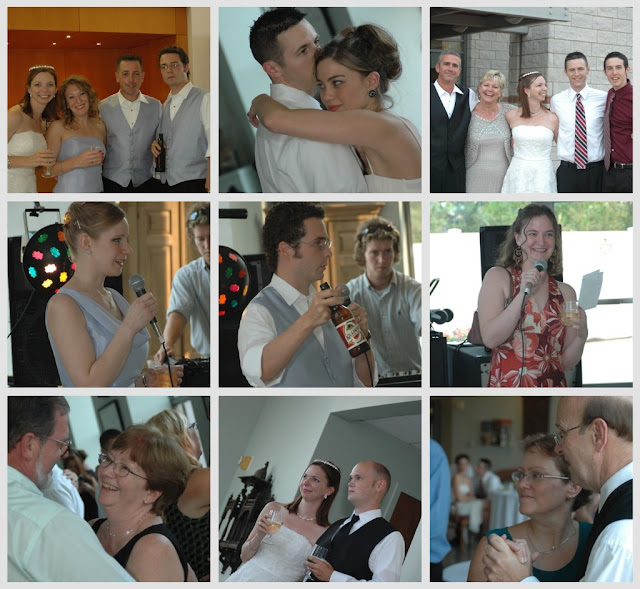 We had our reception at the Georgia Museum of Art on South Campus at UGA.  It was perfect.  Absolutely everything that I wanted in a reception.  No fuss, no muss...just us and our family and friends having a great evening together...on the dance floor... 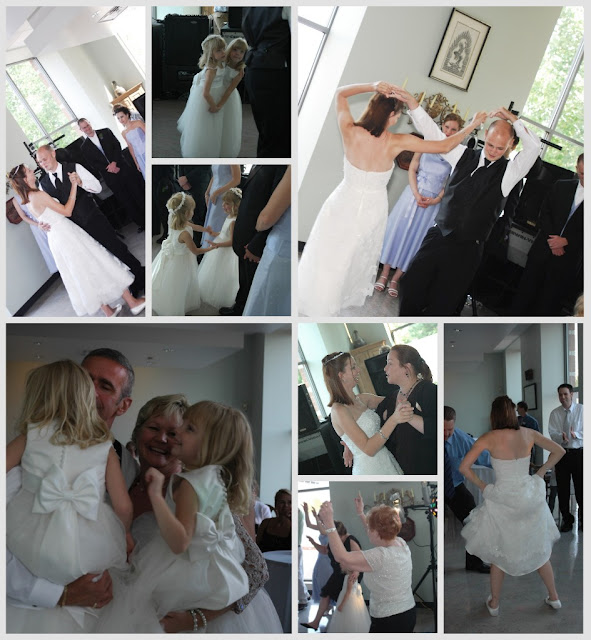 No really, there was a tremendous amount of dancing.  I told people that if they wanted to speak to me at the reception they could join me out on the floor.  See that lady dressed in black that I'm dancing with?  Yep, that's Michelle.  The wedding planner.  She had some questions that needed to be answered.  I answered them.  On the dance floor. 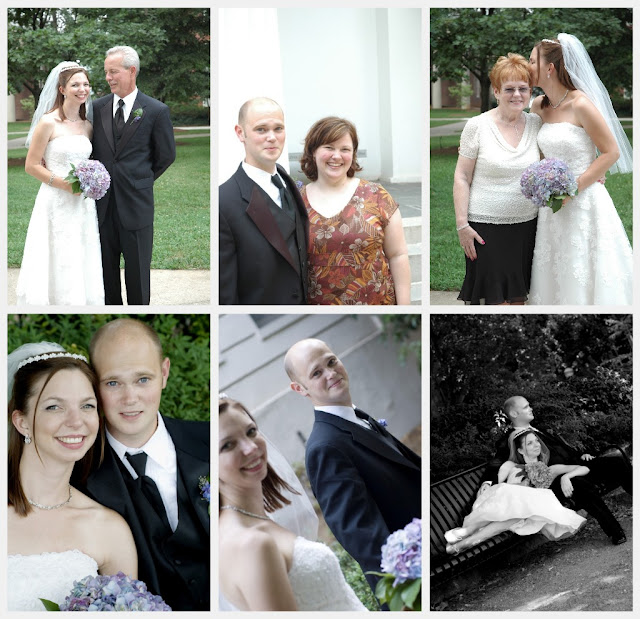 In all seriousness, it was such a perfect day - from all my family being in town, to the weather (a mere 85...unheard of in July in Georgia), to the locations, and food, and music...and such a perfect start to our life together.

{Interesting tidbits...in case you're interested...}
1.  Our first dance was to Frank Sinatra
2.  Our wedding party dance was to Jackson 5
3.  We had all Beatles music played at our ceremony.  I walked down the aisle to Good Day, Sunshine.
4.  We had goldfish in bowls as centerpieces at the reception.  There were two in each bowl and they were all named...Romeo and Juliet, John and Yoko, Courtney and Kurt, etc.  People took them home at the end of the reception.
5.  When Chris and I arrived at the reception, we came in through a back entrance and went to our own little room where I was covered with a huge sheet (to prevent dropping anything on my dress) so that we could eat.  We had a full meal before being announced to the party.  I highly recommend this.  Wonderful.  We actually had time to talk to each other about the day, and to EAT!
6.  We gave out CDs as favors.  The first song on it was Hot for Teacher by Van Halen.

Congrats!!
Looks and sounds like you had an amazing wedding!!
Adore your dress, you look so radiant and happy!
Hope you guys are having a fab day!! x

It was a wonderful day! Happy Anniversary to you two! It's amazing how much life can change in just 5 years!

Happy Anniversary you two! Much love to you both!