The First of Many...I Hope 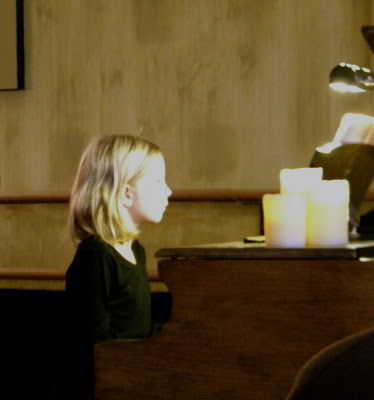 This is Chandler playing at her first piano recital.  I hope that it is the first of many.  I could barely breathe I was so nervous for her.  I so wanted for her to do well, and it really could've gone either way.  I mean, I do live in the same house with her and sometimes when she is practicing she nails it...and other times, well, um, not so much.  But tonight?  She was Mozart.  Beethoven.  Elton John.  And I was so very proud of her. 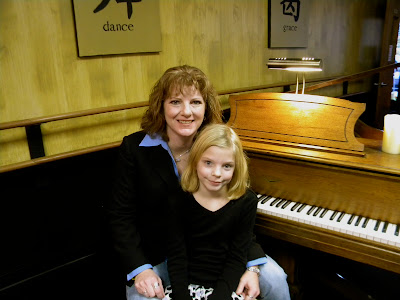 And I think this lady may have been a little bit proud of her too.  Its the infamous Miss Allison.  I think she spends most of their time together trying to get Chan to focus.  Its a difficult task and I am quite sure that I should be paying her more.  I was actually kind of shocked that Chan wanted to be in the Christmas recital (it was optional...and again, because I have heard her practice) but I think a lot of it had to do with the confidence that Chan has gained in working with Allison.  She feels good about herself when she is at the piano.  And, as a mother, that is a great thing to see.

After the recital, we all headed over to Chili's so that Chan could eat her celebratory ribs.  They are her most favorite meal in the world and she only gets to order them on special occasions. (like this one) 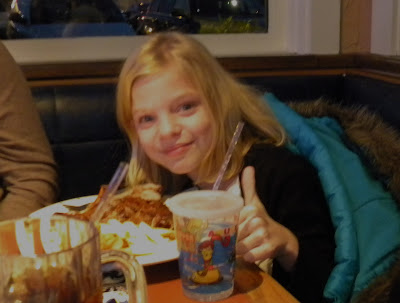 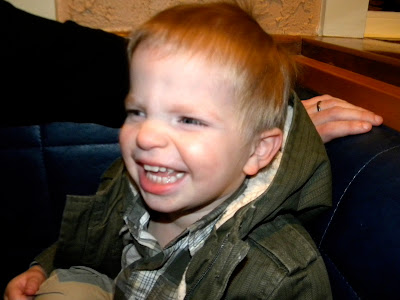 And then. of course, there is this wild boy.  Now, to be fair, we have asked a lot of him this weekend...a parade, a party, church, lunch at church...  The kicker was that he didn't take a nap today and it became very apparent that he wasn't going to make it through the recital without throwing a temper tantrum.  So, Chris made the sacrifice and drove Q around for a nap and then met us in the parking lot when it was over.  Which also meant that Q was fresh for dinner...and slightly out of control.  Awesome.

But, all in all, I think it was a pretty great day for Chandler...and with all the hard work that she put in, she deserved it.  And thanks to Doe Doe, Meme and Pops who were there to help cheer her on.  :)
Posted by Angie at 8:50 PM

I love that her celebration dinner is ribs!