A Story About Leo Quinn 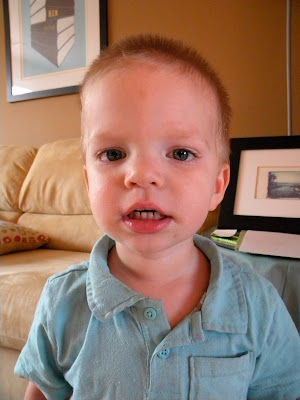 This is my son.  His name is Leo Quinn.  We had decided on the name Quinn for a boy or a girl before we knew what we were having.  Then, once we learned that it was, in fact, a boy (and Chris did a happy dance) we set about the task for finding a name to go with Quinn.  Since the girls are both named after people, we decided to name Quinn after someone...my father...Leo Alfred Jr. 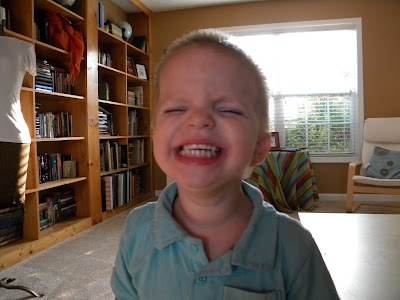 Yesterday morning, Chris took Quinn to a Little Gym with our friend Melinda and her son, James.  All of the children and parents there sat in a circle and the group leader asked all of the children their names and ages.  Quinn responded that his name was, "Heo."  and that he was "TWO!!!!!" 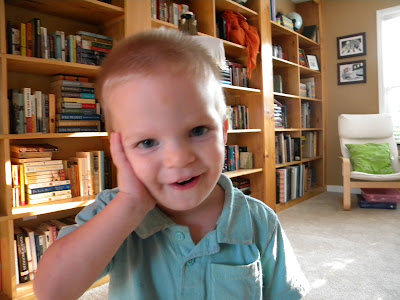 We call him Leo Quinn at home, periodically, because we don't want for him to be confused when he starts Kindergarten and they call him by his first name.  But, apparently, that's what he would prefer to be called.  Which makes me feel terrible....us calling him Quinn if he really feels like a Leo.  And then again, maybe he just wanted to go incognito at the gym. I asked him about this yesterday afternoon.
Angie:  Honey, what's your name?
Quinn:  Me.
Angie:  Is your name Leo or Quinn?
Quinn:  ME!  *while pointing to his chest*

So, we're just going to stick with Quinn until he tells us otherwise.  But, just a heads up, there might be a name change in his future.

I think you should go with "Me"... "Me Fondriest" would be unique to say the least!

FWIW, we called my brother Jim until he was in 5th grade when he realized his name is really James. My dad, a Jr., was called Bobby until he was in high school and insisted on being called Robert. His parents still call him Bobby, though. Of course, the definitive boy's name is Sue. Not Susan or Suzanne. :)