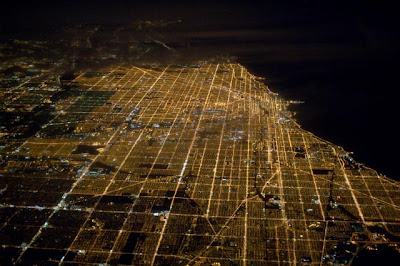 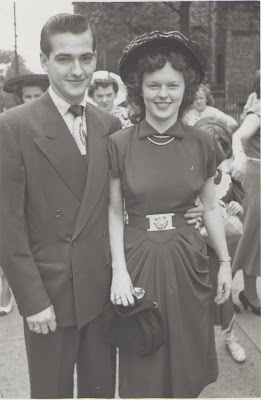 Can you believe the waist on her???  And this next picture...check out her shoes!  She's such a fashion plate!  (And that's my great-grandfather standing in the corner of the picture.) 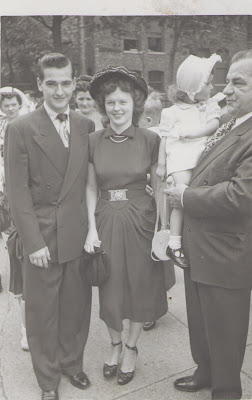 And my Papa, he wasn't so shabby himself.  I wonder if he had any idea in his head during these pictures that he would one day have 6 children, who would then give him 19 grandchildren and, at current count, 8 great grandchildren.  He's hot stuff, though, isn't he? 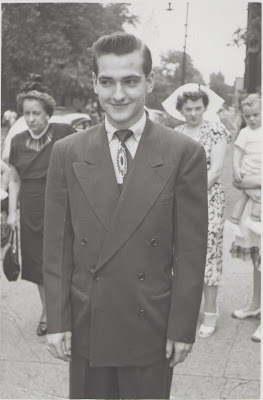 Part II of the trip will be posted, um, well, sometime later!
Posted by Angie at 12:14 PM

There's something about Papa that reminds me of Chris--perhaps it's the shy smile or the younger than his wife thing.

Oh, I've missed you. I've anxiously been checking your blog knowing you were away but hoping for a post.
I'm so glad to hear you had a good visit with Gram. You were so smart to do the recordings. That is something you will cherish.
I love the anecdote of your plane ride. Funny how when we put ourselves outside of our "norm" we tend to be the most reflective. You are a great writer Angie Pendley Fondriest. And don't you forget it!

Molly, I sent Angie an email yesterday telling her the same thing! I've missed her because I feel like I talk to her everyday when I read her blog! And I laughed out loud so many times reading this. I finally just had to read it aloud to Mark so he'd know what all the commotion was about. :)